Before I describe how international and U.S. organizations inappropriately reference veganism as vegetarianism, please remember my purpose for writing “Are Vegans Vegetarians?” We need to understand that defining veganism as a type of vegetarianism—and using those terms interchangeably—diminishes veganism, is misleading, and is an obstacle to ending the violence and exploitation of others and ecosystems. Veganism is profoundly different from vegetarianism. Veganism remains in vegetarianism’s shadow. We must make a conscious effort to change that.

That we have not clarified those differences more directly is a problem for the organizations I am about to cite as examples. However, this is far more a responsibility we all share. I will use material from organizations A, B, C and so on. This is not the same as heaping criticism on them. Their examples serve to show what we, too, have been doing. We must solve this problem together. We move forward together. 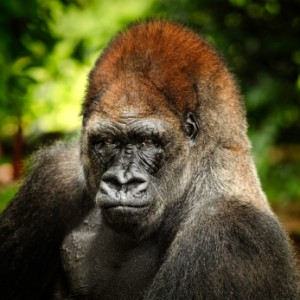 In the following paragraphs, observe how organizations define vegetarian (-ism) and vegan (-ism). I do not name the organizations associated with the definitions because singling them out would miss the point: I am addressing a universal problem. You may recognize their work but please don’t let that distract you. My goal is to get grassroots agreement that veganism must be identified and defined on its own merits and never as a subset of vegetarianism.

Organization A explains, “What are the different types of vegetarianism?”

That explanation is what we inherited. The first three types of vegetarianism they define make clear that adherents consume and exploit individuals from other species and by extension unavoidably create similar environmental impacts. ditional examples.

Organization B writes that a vegetarian is “Someone who lives on a diet of grains, pulses, nuts, seeds, vegetables and fruits with, or without, the use of dairy products and eggs (my emphasis). A vegetarian does not eat any meat, poultry, game, fish, shellfish or by-products of slaughter.”

It is important to note that organization B approves of free-range eggs and dairy products they certify with their logo. They do this while having a website fact sheet on cattle and dairy cows that accurately describes the injustices that kill them. This citadel of historic vegetarianism still endorses dairy and egg consumption 168 years after its founding. Yet, they proclaim, “We give vegetarians and vegans from all walks of life a louder, stronger, better-informed voice.”

They are mixing the belief systems of vegetarians and vegans who have made fundamentally different decisions about cows and chickens, among other things. How can one give voice to two different practices when one violates the core principle of the other? What sort of vegetarian “better informed voice” ignores the vegan “better informed voice”. For starters, vegetarians would by necessity be satisfied with an impossible concept of humaneness for the life and killing of cows, calves, chickens, and chicks. This is what vegetarian organization B actively endorses contrary to the fundamental tenets of veganism.

What sense does it make to claim advocacy for two nonconforming belief systems? If it were, “We advocate capitalism” and “We advocate communism” we’d question the logic of that approach. Vegans must stand up and own the definition and terms vegan and veganism.

I would be sorry to use such a harsh distinction and avoid looking accusative but that is a factual representation. I have no right to deny it exists if I am to be an advocate on behalf of the exploited and killed. It is essential for the living that we do not allow the vegan philosophy to be appropriated by nonveganism. That is an inviolate vegan responsibility. The current confusion about veganism being vegetarianism is a relic from 1847 when organization B allowed the consumption of dairy and eggs. 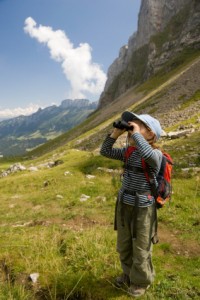 Organization C is influential but equivocates vegetarianism with veganism in its language. A “vegetarian organization ” (by name), it refuses to describe itself as vegan even while laudably converting to vegan policies. They communicate under their “vegetarian” identity to describe veganism but it is painful to watch them avoid using the words veganism and vegan. This is evidenced by their constant use of “Veg*n” throughout their website. They proclaim, “Bringing Veg*ns Together Worldwide Since 1908”.

Organization C states, “Since 1847, the world’s first … [organization B] … has consistently defined ‘vegetarian’ as ‘with or without’ eggs or dairy products‘. This is still the most common understanding in the West.” (their emphasis)

Is vegetarianism “with or without dairy or eggs” as close as they and others are going to get while refusing to use the accurate term, veganism?

Organization C does provide compelling examples of why veganism must release itself from vegetarianism’s smothering unpredictability. Please closely read this chaotic assortment of practices under vegetarianism:

“Vegan: excludes any use of any animal products for any purpose, including animal flesh (meat, poultry, fish and seafood), animal products (eggs, dairy, honey); the wearing and use of animal products (leather, silk, wool, lanolin, gelatin); also excludes animal use in entertainment, sport, research etc.
Ovo-Lacto Vegetarian: eats plant food plus eggs and milk products. Common in the West.
Lacto-Vegetarian: eats plant foods and milk products. Common in India.
Total-Vegetarian – increasingly being used to mean plant foods only, especially in North America.
Dietary Vegan: follows a vegan diet, but doesn’t necessarily try to exclude non-food uses of animals. Same as total-vegetarian. (ME: how common is this?
Plant-Based Diet – a diet mostly of plants, but there may be confusion as to what, if anything, is above the base.
Veg*n – short for vegetarian/vegan
Veggie/Vego – Shortened nick-name for a VEGETARIAN; often includes VEGANs.
Halal Vegetarian – proposed by our friends in the West Asia region as “a person or product complying with the generally accepted definitions of both Halal and Vegetarian.”

“Definitions of some other confusing terms” (still quoting organization C)

After looking at this motley crew list of vegetarianisms, can anyone believe there is a better term for veganism than veganism? Should not a definition of veganism include the fact that it is not vegetarianism?

A related problem arises when websites and articles regularly use the terms vegetarian and vegan interchangeably, or group them in a statement, and then fail to specify which belief system is being talked about. Being able to see this happening as we read them is essential to protecting veganism.

Organization D calls veganism a form of vegetarianism: “What is a Vegan? Vegetarians do not eat meat, fish, or poultry. Vegans, in addition to being vegetarian, do not use other animal products…” and “Among the many reasons for being a vegetarian are health, environmental, and ethical concerns; dislike of meat; non-violent beliefs; compassion for animals; and economics…”

Which type of “vegetarian” are they referring to? The take-away message I have reading organization D’s statements is that vegetarianism addresses a host of concerns equal to the results created by veganism. If we agree that those of us who consume dairy, eggs, leather and the like are not addressing environmental destruction, violent exploitation, and health the way vegans are, then let’s use the language to reflect that. It requires only that we define vegetarianism in a way that does not include veganism. When writing and speaking about the two distinct “-isms” we need to take care not to lump veganism with vegetarianism and allow each their own definition. We still talk, cooperate and love one another as before.

Vegan Definitions by organizations using “vegan” in their name
Vegan organizations E, F, and G use different text to define veganism but consistently maintain the same criteria to define it. I see no distraction if I identify them.

The Vegan Society (UK) (http://www.vegansociety.com/try-vegan/definition-veganism)
“A philosophy and way of living which seeks to exclude—as far as is possible and practicable—all forms of exploitation of, and cruelty to, animals for food, clothing or any other purpose; and by extension, promotes the development and use of animal-free alternatives for the benefit of humans, animals and the environment. In dietary terms it denotes the practice of dispensing with all products derived wholly or partly from animals.”

American Vegan Society (http://www.americanvegan.org/vegan.htm)
“VEGANS (pronounced VEE-guns) Live on products of the plant kingdom. Veganism is compassion in action. It is a philosophy, diet, and lifestyle. Veganism is an advanced way of living in accordance with Reverence for Life, recognizing the rights of all living creatures, and extending to them the compassion, kindness, and justice exemplified in the Golden Rule. Vegans eat solely from the plant kingdom: vegetables, fruits, legumes, grains, nuts and seeds. Vegans express nonviolence towards animals and the Earth. AVS promotes good health practices and harmonious living. Vegans exclude flesh, fish, fowl, dairy products (animal milk, butter, cheese, yogurt, etc.), eggs, honey, animal gelatin, and all other foods of animal origin. Veganism also excludes animal products such as leather, wool, fur, and silk in clothing, upholstery, etc. Vegans usually make efforts to avoid the less-than-obvious animal oils, secretions, etc., in many products such as soaps, cosmetics, toiletries, household goods and other common commodities.”

International Vegan Association (IVA) (http://www.internationalvegan.org/about/) is relatively new. “IVA holds that the human use of nonhuman animals is wrong, that animal use ought to be abolished, and that each of us has a moral obligation to be vegan. A vegan is as a person committed to abstaining from using animals and animal products for food, clothing, entertainment, and other purposes. For example, vegans do not consume meat, dairy, eggs, honey, or animal by-products, they do not use personal care products that contain animal-based ingredients, and they avoid using leather, silk, wool and other animal-based materials.”

Notice that these vegan organizations do not reference themselves or veganism as a type of vegetarianism. Organizations with the word “vegetarian” in their name seem compelled to call vegans vegetarians. The terms “vegan” and “veganism” should be established by vegans. Vegetarianism and its practitioners should respect our right not to define ourselves as vegetarians.

As factual content, when we consider violence and injustice waged against individuals from other species, the destruction of ecosystems and the loss of biodiversity, and the injustice of food poverty suffered by impoverished people, can we agree that the results of vegetarianism fall far short of veganism? Think about this: if we take veganism out of the long list of vegetarian types I cited—using organization B as an example—they would have to change their definition of vegetarian to:

“Someone who lives on a diet of grains, pulses, nuts, seeds, vegetables and fruits with, the use of dairy products [and/or] eggs. A vegetarian does not eat any meat, poultry, game, fish, shellfish* or by-products of slaughter.”

Let vegetarianism and its advocates address the long list of vegetarianism types throughout the world. That mess was not created by veganism. The founders of veganism responded to it. Let veganism proceed with its categorical clarity. Organizations A – D are not trying to fool anyone intentionally and can’t be happy about the many practices that exist as vegetarianism outside of their definitions. It’s a good day when we reflect on how illogical we have become as a movement in accepting the claim that veganism is also vegetarianism.

Did veganism escape the bonds of vegetarianism only to be smothered by it again? We must not let veganism be a diluted idea floating in the sea of vegetarianism’s history. Let’s reform our definitions. Veganism must not be defined or used to imply it is vegetarianism, ever.

Next: The confusion and harm created by equating veganism with vegetarianism is equally evident when we try to buy food labeled, “vegetarian”. It couldn’t be more useless.

In Part 1, I noted that the conversation of what vegetarianism is and is not has been ongoing as a c[...]