And by extension, “Is Vegetarianism Relevant Today?”

The content of this multi-part blog is based on one of my presentations at the 2015 NAVS Summerfest last week.

The debate over the meaning of vegetarianism is not new. People have deliberated whether dietary vegetarianism was entirely plant-based or included animal products like milk, eggs, and honey since the founding of the first Vegetarian Society in 1847. What I am proposing is not new, though the reasons (environmental, social justice) have grown. Here we are continuing a conversation about what the meaning of vegetarianism should be. We are part of a debate that has been going on most recently since the 1830s. 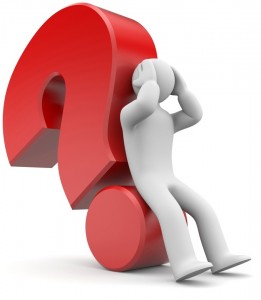 In a break with tradition, I offer that veganism is not vegetarianism except in our minds by what we inherited as artifacts from vegetarianism’s history. The word vegetarian was first used in print in 1842. Practitioners of “the vegetable diet” of that era ate a largely raw vegan diet that often was associated with self-improvement, church congregations seeking to enhance their spiritual beliefs, and improving the higher self and that of humankind. However, the first Vegetarian Society at its 1847 founding allowed egg and dairy consumption as part of the vegetarian movement to accommodate its members.

The definition and our understanding of what the term “vegetarian(-ism)” means is inconsistently applied by organizations, food manufacturers, the media, vegetarians and the public. As we will see, this causes constant confusion and makes attaining a vegan planet unnecessarily difficult. How often should we be forced by this confusion to explain the “types” of vegetarianism and tag veganism into the mix? The violence and injustice waged against other animals, ecosystems and people will be reduced when we restore clarity to our language regarding vegetarianism and veganism.

Today, interpretations of vegetarianism range from veganism as an expression of justice, nonviolence and nonexploitation of others that we apply to everything we do in our lives—all the way to it being a practice that concerns itself solely with a dietary choice that can include all foods except “meat”. I will demonstrate the misunderstandings this creates and the harm it causes to our progress as a movement. Pointedly, the confusion in our messaging about veganism and its association with vegetarianism is our responsibility. We can take cues from the Vegan Society, founded by the creators of “vegan,” but must also respond to a world that has changed since the term was first used.

Perhaps what most of us can agree on is that the term vegetarian has meant many different things to different people, eras, and cultures. The core definition of vegan has not changed. Unlike vegetarianism, there is no confusion about veganism being the clearer, more effective and comprehensive approach to end the harms in our relationships with other beings. In fact, veganism reflects the original “vegetable dietarians” as they were called before the term vegetarian took hold. I will provide you with links to the history of our movement with the last installment of the blog series.

We must own the language if we are to communicate the vegan message effectively. The more clear and concise we can make it, the more powerful it will be for our advocacy. Veganism  states itself exactly; vegetarianism is all over the place as to what it means.

NEXT: History – A review of the historical circumstances when vegetarianism lost its vegan meaning, and the events that led Donald Watson and others to create the term, “vegan.”

4 comments on “Are Vegans Vegetarians?”