The Emotional State of Vegans, Economists, Environmentalists, and…

I recently came upon two blog posts that reminded me of the anguish many vegans feel when faced with the “great mystery”: why don’t environmentalists (and other advocacy groups) get the vegan message? Since it resolves so much of the environmental movement’s agenda, veganism, it would seem, should be a no-brainer. There are two unifying themes hidden beneath their irrational non-response.

First, we should recognize that advocates from other causes feel the same pain in their advocacy as we do. Though they do not yet get the necessity of veganism, the rest of their work is essential to addressing major issues. Like us, they have to petition the public for support and win hearts and minds. Despite their selfless hard work, low pay, and scarcity of clear victories, they persevere. Public support is seldom sufficient to win their cause any time soon and they live with that. Like us, they have straight-forward answers (conserve energy–don’t export coal and don’t build the Keystone pipeline) but face powerful, culturally resistant, opposition. Environmentalists are aware that toxic substances run off of streets and chemically-treated lawns into creeks, rivers, estuaries, and oceans when it rains. The damage is real; there is suffering in ecosystem destruction and they know it. Beauty is destroyed. They feel it.

Aldo Leopold, a wildlife biologist who later in life regretted his many murders against wolves and other individuals, summed up the environmentalists’ lament:
“One of the penalties of an ecological education is that one lives alone in a world of wounds. Much of the damage inflicted on land is quite invisible to laymen. An ecologist must either harden his shell and make believe that the consequences of science are none of his business, or he must be the doctor who sees the marks of death in a community that believes itself well and does not want to be told otherwise.”
― Aldo Leopold, A Sand County Almanac

Now, let’s change two words:
[One of the penalties of a vegan education is that one lives alone in a world of wounds. Much of the damage inflicted on land is quite invisible to laymen. A(n) vegan must either harden his shell and make believe that the consequences of science are none of his business, or he must be the doctor who sees the marks of death in a community that believes itself well and does not want to be told otherwise.”] 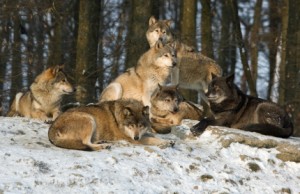 That pain feels familiar, doesn’t it? We all are advocates. Advocates working to end economic and social injustice live with the anguish of knowing 800 million to one billion people live in extreme poverty. They suffer from the worst lack of food security, shelter, education, and women’s rights. Half of humanity, 3.5 billion people, lives in less severe but still unjust, life-sucking poverty. Advocates for the poor feel pained because they have empathy. They may have lived among the poor. The suffering is felt very personally, it’s palpable and mirrors the experiences of many vegans.

The second theme is that people who dedicate themselves to help make this a better world too often work as if their specific issue is a single, stand-alone problem. They spend little if any time advocating for a wholesale change in human behavior that would address many issues simultaneously, including their own. We still have vegans acting as if there were only one issue, ours. Lost is the certain fact that all the issues I mentioned and many more are linked to one-another. One cannot be solved without the others being solved.

If we don’t stop and then reduce human overpopulation, then the destruction of ecosystems, the accelerating rate of extinctions, toxic pollution, the number of animals slaughtered, and human poverty will remain impossible to solve before it’s too late. Finite ecosystems can sustain only so much abuse. Already we have exceeded their capacities. Without ecosystems, there are no solutions.

Humans bothered by what Earth requires of us will complain and oppose comprehensive changes. Cultures often act in the same way but those that fail to adapt to and protect ecosystems will fall away as they have for many thousands of years. However, if we form alliances that call for a comprehensive reformation of human behavior it may be possible to stop the madness that threatens life on Earth. We cannot win with a divided vision.

I’ve just described part of  how vegans have important experiences in common with other advocates. Like Aldo Leopold, we all understand and see the world unlike most people. We remember that this is not about us; it is about our message on behalf of Earth. Our common goal is to open minds and hearts so that changes in human behavior follow.

Next time, we’ll look at the blog posts I mentioned in the opening paragraph. They are written by economists who promote the Steady State Economy. You will see evidence that the walls between environmentalists, some economists, advocates for species rights, proponents for a smaller human population, and vegans are beginning to fall. We are witnessing an historic emergence of human understanding how critical issues are connected. This is change worth celebrating and one we must promote—hope for the holidays.

One comment on “The Emotional State of Vegans, Economists, Environmentalists, and…”