The Vegan Movement and Verbal Nonviolence 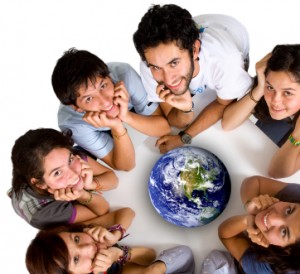 Occasionally I’m reminded of how many vegans are working globally to transform humanity. Too often I forget this and shrink into a single person sitting at a keyboard on my desk. In my post today, I’m keeping them in mind, aware there are many people with their advocacy experiences in places I have and have not been, in countries and cultures where they are advocating veganism. They are using every resource they have in every way they know. Near the bottom of this post are several you can check out.

I assume they face obstacles to their advocacy as we do and that we share some to many of them. It’s reasonable to think they also become discouraged at times by the unbearably slow change in human behavior. So, it helps when I am reminded of great people everywhere, nearly always underfunded. They dedicate their time and scarce resources to ensuring there is a real possibility we can create the tipping point that humanity will ride to the transformation we seek.

What of their experiences and responses to a debate I see so often online in the U.S.: the actual and felt judgmental attitudes perceived by non-vegans (carnists/omnivores and vegetarians) coming from vegan advocates? This is a deeply set challenge to both our and the non-vegans’ personal growth and character. Communicating and advocating veganism is not inherently judgmental but we must respond to the fact that judgment is what some people feel. Judgment feels like violence, an attack. It is the vegans’ responsibility to truth-tell without compromise, share personal experience, love the persons we are with, and minimize as best we can the perceived violence. This may be difficult to do since we now know the unspeakable harms we created before our own transformations.

We remember how nonviolence (ahimsa) was acknowledged and represented by Dr. Martin Luther King, Mohandas Karamchand Gandhi, and the millions of people in their movements. Their instruction to the people mandated they challenge the unjust behavior and not hate or do violence to the persons acting unjustly, to always love those doing the harm. Again, this is easy to say but difficult. We must support one another by keeping this consciousness of verbal nonviolence alive in our advocacy without compromising the vegan principle:

“The object of the [Vegan] Society shall be to end the exploitation of animals by man”; and ‘The word veganism shall mean the doctrine that man should live without exploiting animals.”

“The Society pledges itself ‘in pursuance of its object” to ‘seek to end the use of animals by man for food, commodities, work, hunting, vivisection and all other uses involving exploitation of animal life by man….”

“Where every other movement deals with a segment – and therefore deals directly with practices rather than with principles – veganism is itself a principle, from which certain practices logically flow.” Leslie Cross, (Vice-President,Vegan Society, 1951)

Implementing the vegan principle is accompanied by another set of conversations and debates, this time about incremental change: “leaning into” change; the studies about how societal changes unfold; and how we must consider the personality of the person with whom we are sharing our message about veganism. These are all instructive and important. However, we are not able to force the change including the rate of change in the behaviors of other people. I cannot think at the moment how one would force change of any kind in others and remain nonviolent. Induce and pressure through economic and social means? Yes, changing the economic systems of the world is essential if life is to be truly valued and not just commodified. Social pressures? Yes, but carefully as that can easily straddle the line of violence by judgment. What we can do is communicate effectively in a way that does not require we omit a single syllable from veganism nor compromise the vegan principle.

As an advocate, my guide is clear. I have no right to speak on behalf of any individual from another species who can suffer while telling a non-vegan that it is OK for them to “lean into” change or that they can do so gradually. To do so would mean I approve of the violence and suffering that continues from the remaining unchanged human behaviors. I simply cannot and will not do that. I believe it is important we tell our audiences this; I have. It helps people understand why we can’t condone this violence and at the same time lets them feel empathy for us as we do for them because of our own experiences. This mutual understanding is important throughout our advocacy. The adage of “seek first to understand before being understood” works both ways. We want them to ask us thoughtful questions but shouldn’t we also be asking them how they feel and encourage them to converse?

We know that personal change often happens gradually even though we are capable of overnight transformations with the right circumstances. So, when others are changing gradually in regards to veganism, it is their responsibility and theirs alone—just as it was ours. We continue our advocacy and our support or direct them to resources that will feed their awakening. Encouragement is not condemnation. Compassion is central to our advocacy and we apply it to those not yet convinced of the vegan principle in which we are steadfast.

This posting has been about personal, one-on-one interactions with other people. What I’ve not addressed here and will save for future posts is how I want to respond to the corporate entities including some nonprofit organizations and other businesses, large and small, that do the raising and killing, that use advertizing to create an artificial demand for their animal industry offal and the lies of happy cows and “Meatopias”, that impoverish people and ecosystems—that do violence. I don’t want to be wrong about this because being nice at the wrong time in this arena becomes the biggest obstacle to ending the violent exploitation and our own success. I can say it will be nothing like what I’ve suggested above and it must include the abolition of animal agriculture.