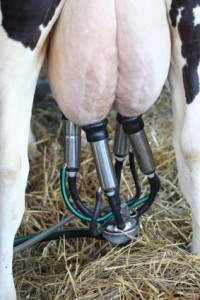 We must end our non-critical acceptance of vegetarianism’s influence and power over veganism. Though unintentional, vegetarianism will continue to harm and subvert veganism’s progress until vegans stand up to claim and control veganism’s definition and affirm that it is an entirely different belief system and way of life. It’s been this way so long that it may not be obvious, but it’s there for all to see.

By definition, vegetarianism allows the option of consuming animal products, which is a direct and open acceptance of the violence and endless harm it does. In the minds of its practitioners, vegetarianism is an intention to create good as an improvement in one’s health, a belief it will stop the suffering and killing caused from eating flesh, and perhaps to believe it is a temporary place for transition to veganism. Those assumptions don’t stand up to scrutiny. What vegetarianism does is transfer predation through eating flesh to predation through dairy and egg consumption. Cows and their calves, chickens and their chicks are still harmed and slaughtered at a young age in animal agriculture due to the demands of vegetarianism.

Veganism up to now has allowed itself to be associated with and defined as just one of many types of vegetarianism whose practitioners overwhelmingly consume dairy and/or eggs, honey—and sometimes outside of vegetarianism’s expectations—also eat fish and other animal-derived substances. 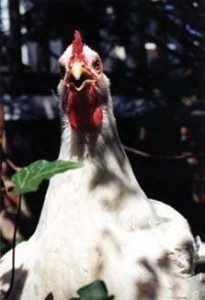 Lumping types of vegetarianisms together causes havoc with food labeling and consumer understanding of what is and is not effective to reduce suffering and end the killing of source animals. Vegetarianism causes unnecessary destruction to ecosystems that in turn impoverishes wildlife and people alike. Because we care to our core about these tragedies, we have a duty to turn this around and prevent them with veganism.

The Vegetarian Society, founded in 1847, is still home to the 1800’s development of the concept of vegetarianism and sees it this way: “A vegetarian is someone who lives on a diet of grains, pulses, legumes, nuts, seeds, vegetables, fruits, fungi, algae, yeast and/or some other non-animal-based foods (e.g. salt) with, or without, dairy products, honey and/or eggs [my emphasis]. A vegetarian does not eat foods that consist of, or have been produced with the aid of products consisting of or created from, any part of the body of a living or dead animal. This includes meat, poultry, fish, shellfish*, insects, by-products of slaughter or any food made with processing aids created from these.”

That the Vegetarian Society and many similar organizations believe stealing calves’ milk from the females’ udders, and eggs coming from an ovulating bird through her uterus do not come from “any part of the body of a living…animal” is preposterous. Their milk and eggs are biologically intimate and as necessary for cow and chicken existence as blood and muscle. The simple fact that the business of stealing calves’ milk and chickens’ eggs harms them to an early death should end this nonsense.

Being consistent, the Vegetarian Society offers their, “… Approved trade mark… [for]… products containing free-range eggs” in addition to vegetarian (and vegan) product certification. 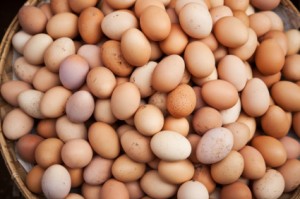 One of their certification criteria, “Free from any ingredient resulting from slaughter,” ignores that the fact that their approved ingredients and certifications cause the slaughter of spent chickens, cows and their calves, and other species. This magical thinking dominates many vegetarian organizations. Those with certification programs actually make money from exploiting animals. The European Vegetarian Union also specializes in logos that certify products as being “vegetarian” (and “vegan”) using the same misleading, illogical standard that screams approval. Why, why, why would vegans enable them in any way?

Veganism easily and powerfully stands on its own; so how did we inherit the junior status within the list of vegetarian choices? Since vegetarianism was historically (in the European context) first on the scene in the early 1800s before Donald Watson and others coined “veganism” in 1944, perhaps we have fallen into accepting veganism as secondary just as it was in its historical timeline. That is beginning to change, thankfully.

In 2016, the Council of the Consumer Protection Ministers who represent German states proposed official definitions for vegan and vegetarian food labeling. Though not legally binding, the Council realized what vegans and vegetarians alike should remember: the German state ministers used “vegan” as the baseline definition and then described what is not vegan to define vegetarian.

The European Vegetarian Union translation of those definitions from German:

Compare that translation to Vegan Germany’s:

(1) A food is vegan if it is not an animal product and if the following substances are not used and not added in any step of production or processing, if they are from animal origin:
– ingredients (including additives, carrier materials, flavourings, enzymes) or
– processing agents or
– items what are not additives, but that are used in the same way and with the same purpose as processing agents

That’s right, not relevant. They have refused to define veganism by referencing vegetarianism. That’s how it is done.

The multitude of disastrous possibilities within vegetarianism’s fog of eggs, milk, and other transgressions is a problem for vegetarians to solve. Our first responsibility is to insist that vegans are not vegetarians by definition or reference. Vegans create that clarity by never again referencing veganism as a type of vegetarianism and ask vegetarians to respect that. Vegans own veganism. 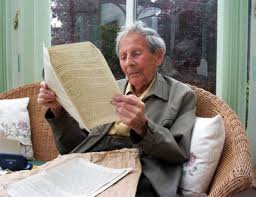 For Whom the Bell Pepper Tolls

This is an essential but maybe scary change for some because it challenges friends and organizations that we love and support. Yes, relationships might be strained or even ended but not by us. People face social pressure when they are perceived “different,” and that’s always been part of the social environment during societal change. We are humbled and motivated by the power and immense importance of veganism to transform human behavior away from violence and towards justice for all life on Earth. Remember that the visionary founders of veganism—Donald Watson, Leslie Cross and othersؙ—stood up in 1944 out of necessity to differentiate veganism from vegetarianism. 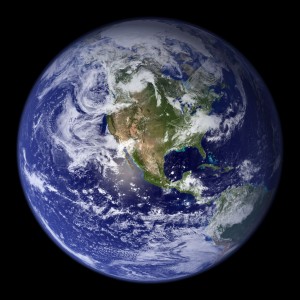 Our responsibility is to make it easier for hundreds of millions of people to embrace veganism and create the global tipping point. We must not operate from a sense of weakness out of fear that the vegetarian and vegan movements will be unavoidably jeopardized if we stand up for making veganism the primary concept that actually stops exploitation and ecological destruction as vegetarianism never will.

A social movement cannot function at its best and hope to succeed if it doesn’t know how to define itself so others can understand and be motivated by the vision it advocates. Let’s remove the word “vegetarian” from our speech and writing, from the names of our organizations, and not use that term to define veganism because they are nothing alike. In the end, it is not about us, but what we must do. END

These two videos will reinforce your convictions (both videos have some animal distress portrayed despite being tagged as “not graphic”):

In Part 1, I noted that the conversation of what vegetarianism is and is not has been ongoing as a c[...]